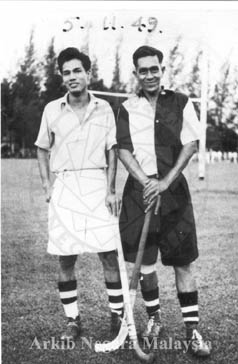 DYMM Tuanku Sultan Azlan Shah is an avid player of field hockey in his youth. Tuanku used to play for the Perak Malays from 1946 to 1950 before leaving for England.

The Sultan Azlan Shah Cup is an annual field hockey tournament. It began in 1983 as a biennial contest before became an annual event after 1998, following its growth and popularity. The tournament is named after Tuanku in recognition of Tuanku’s contributions and interest in the sport.